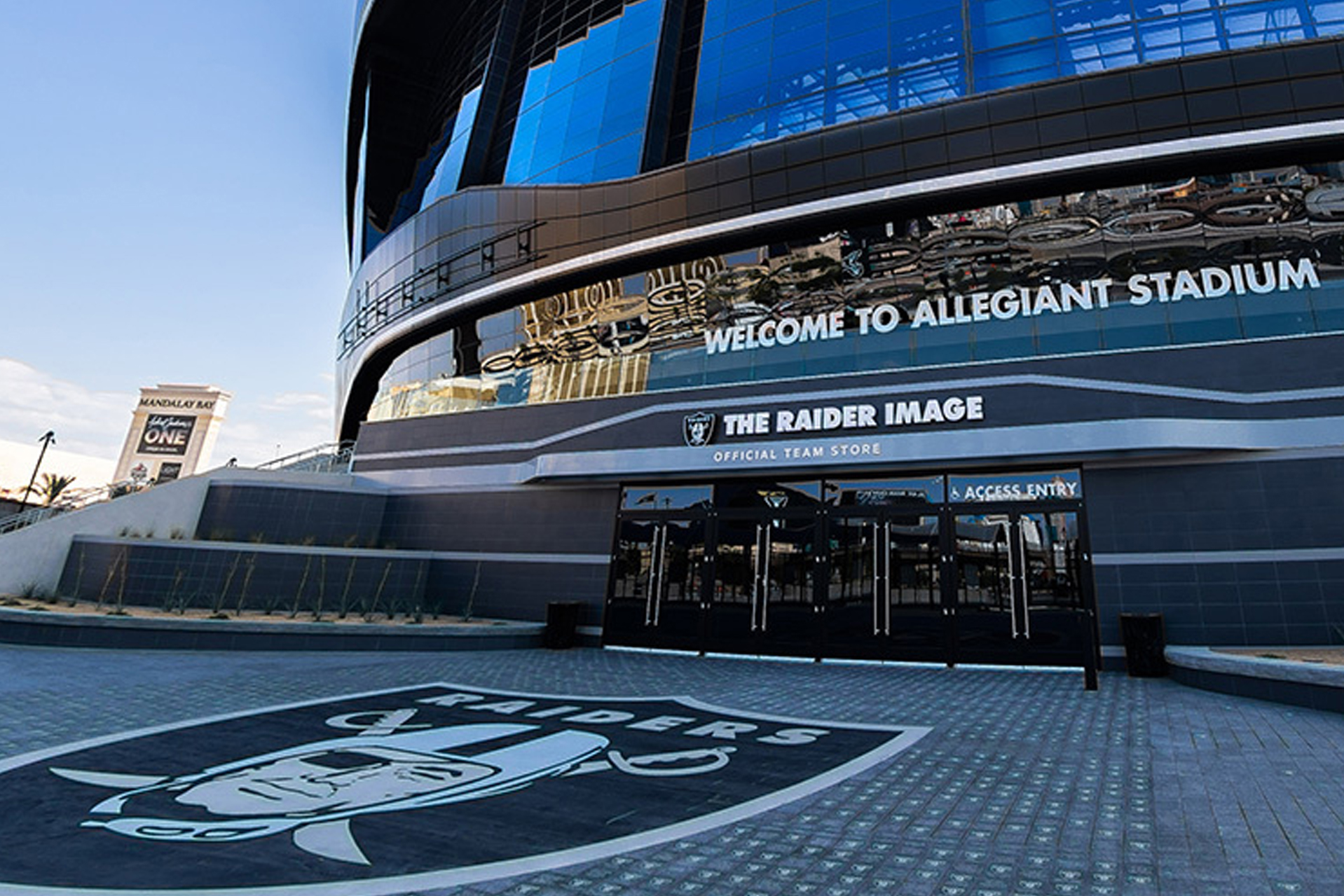 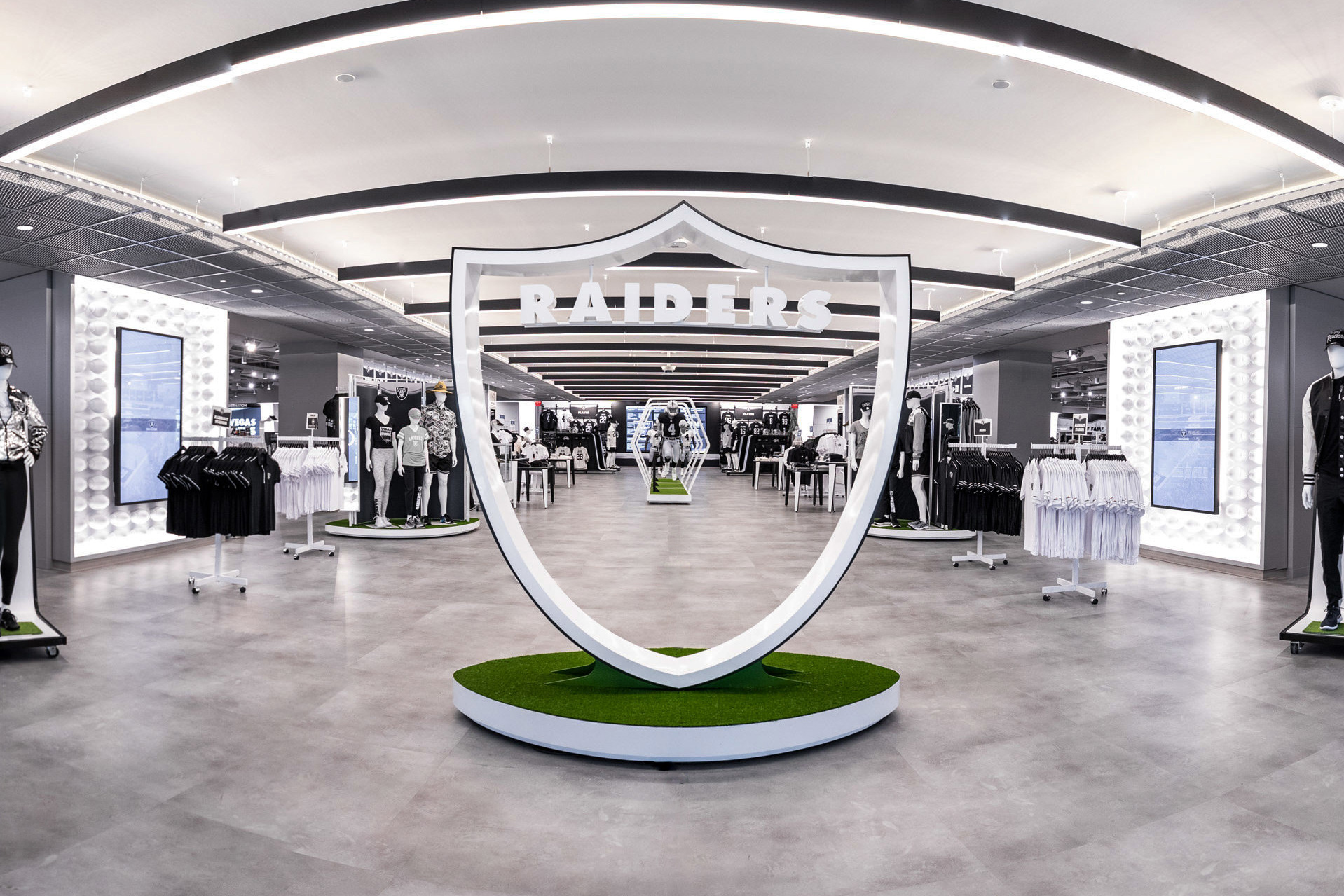 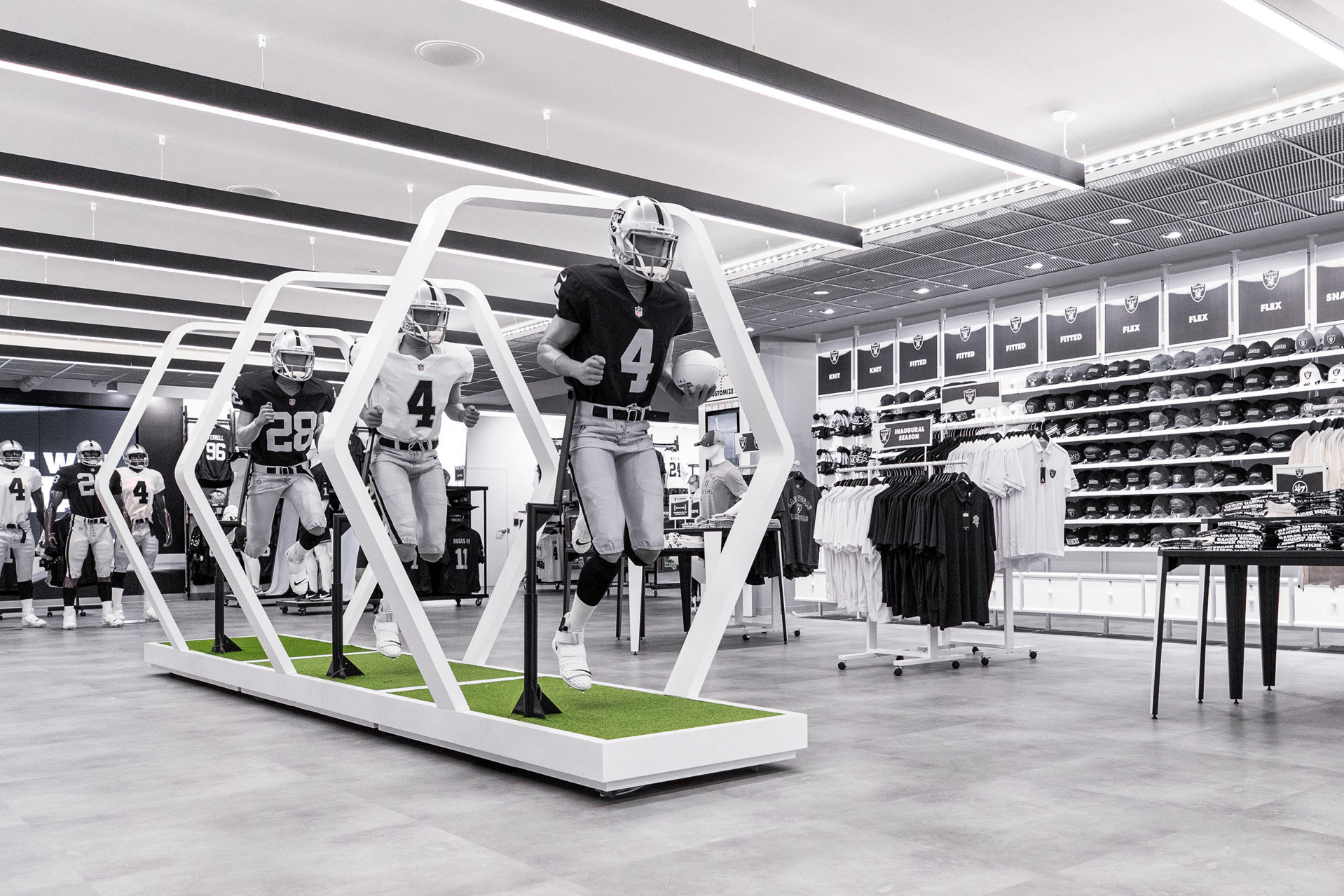 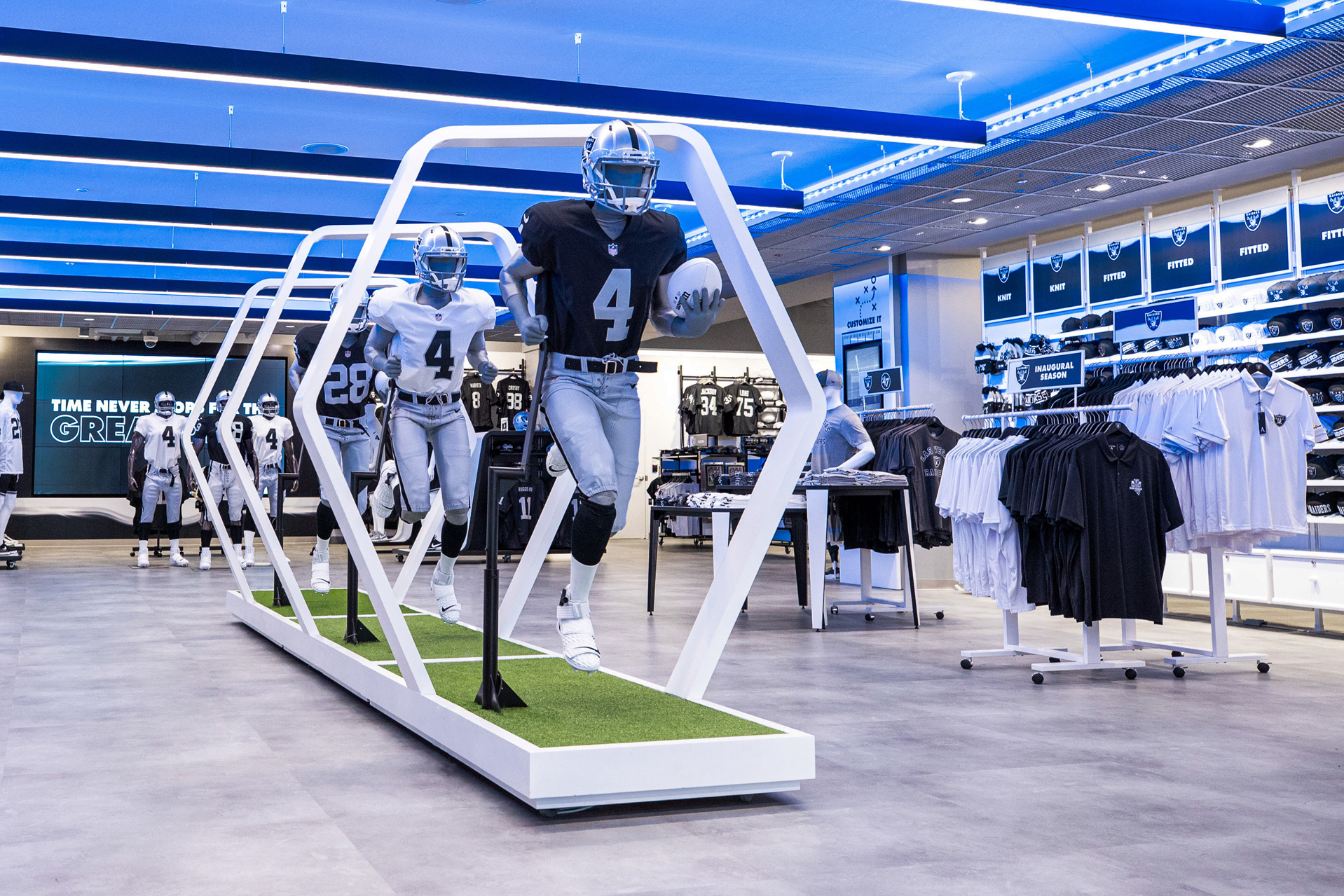 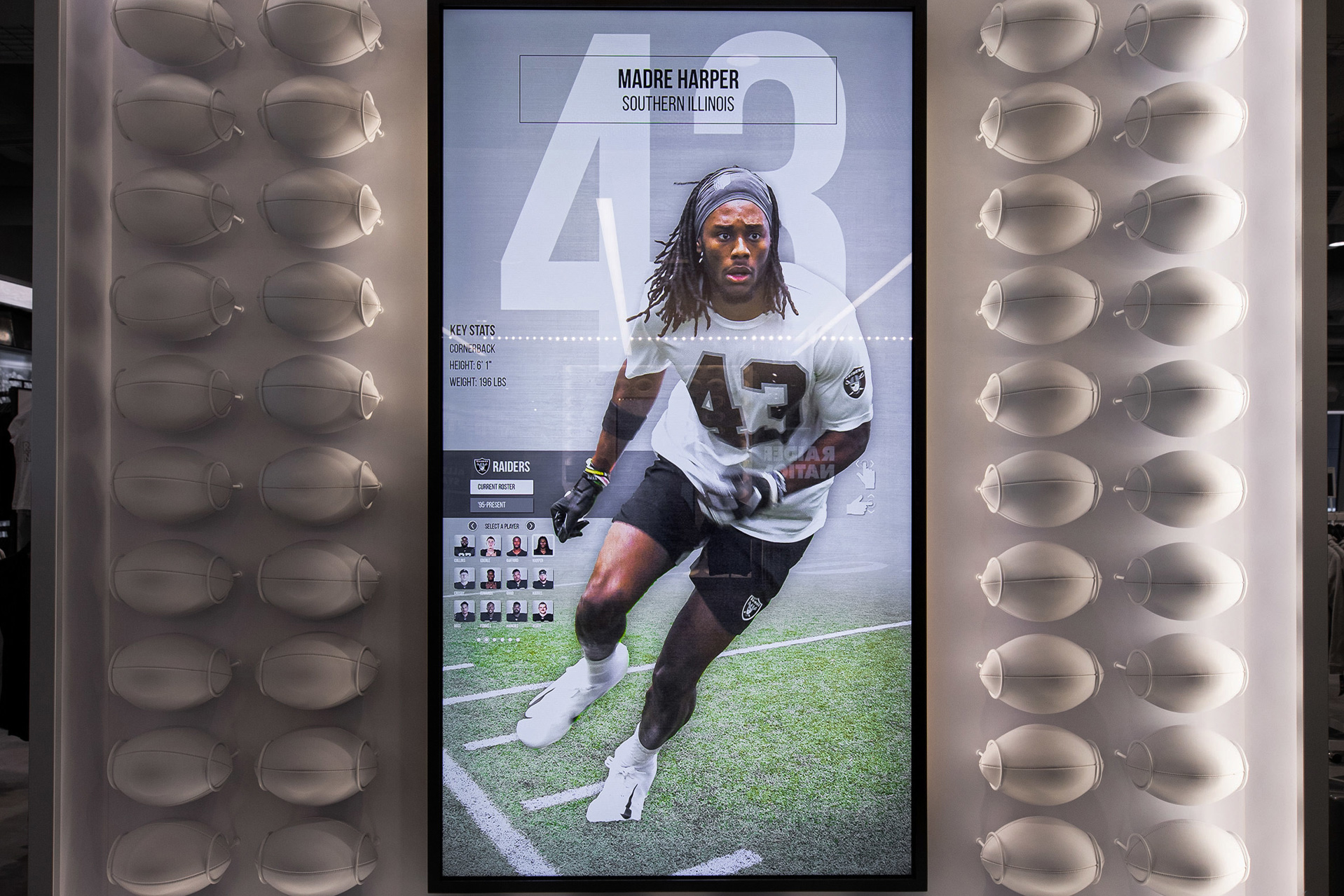 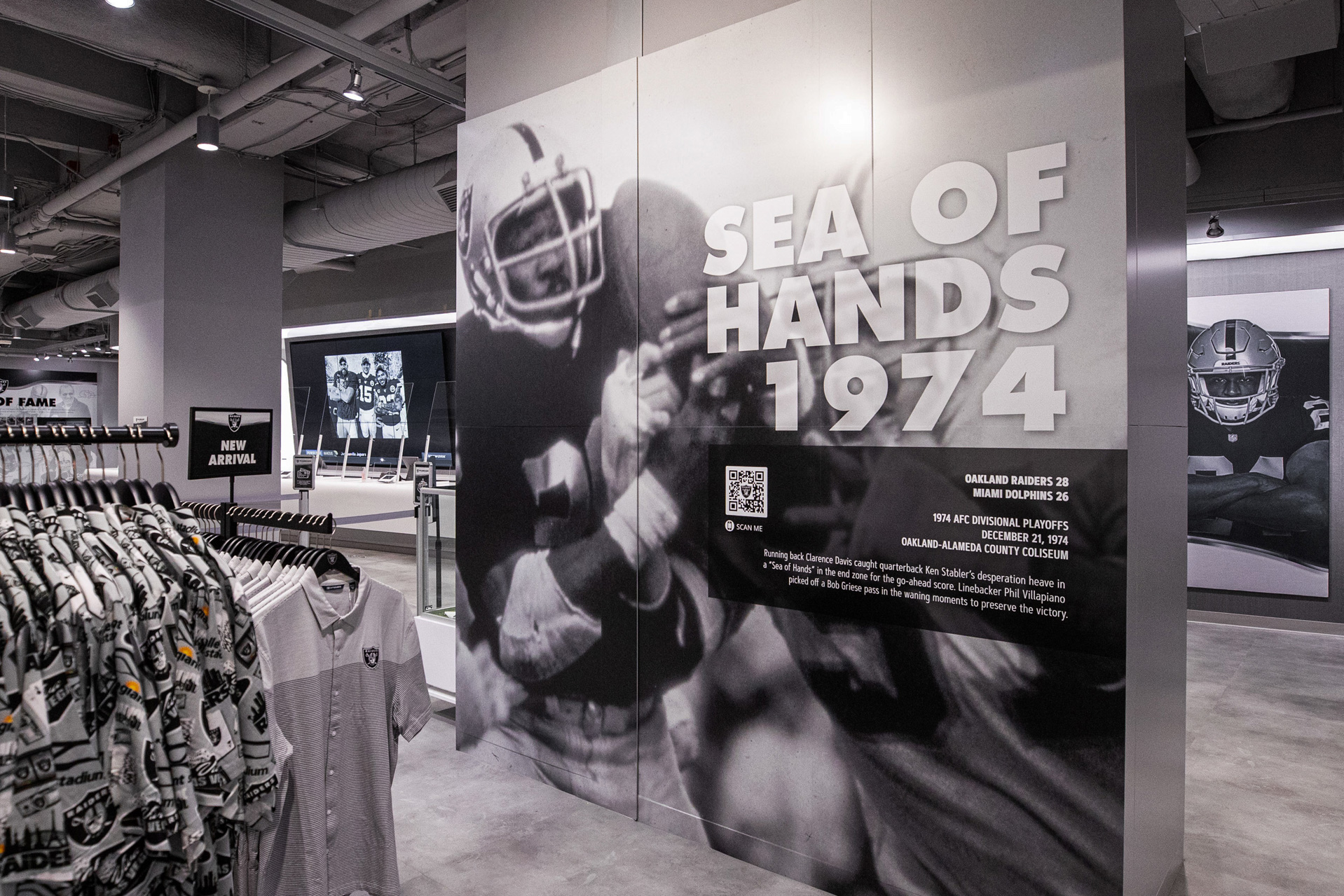 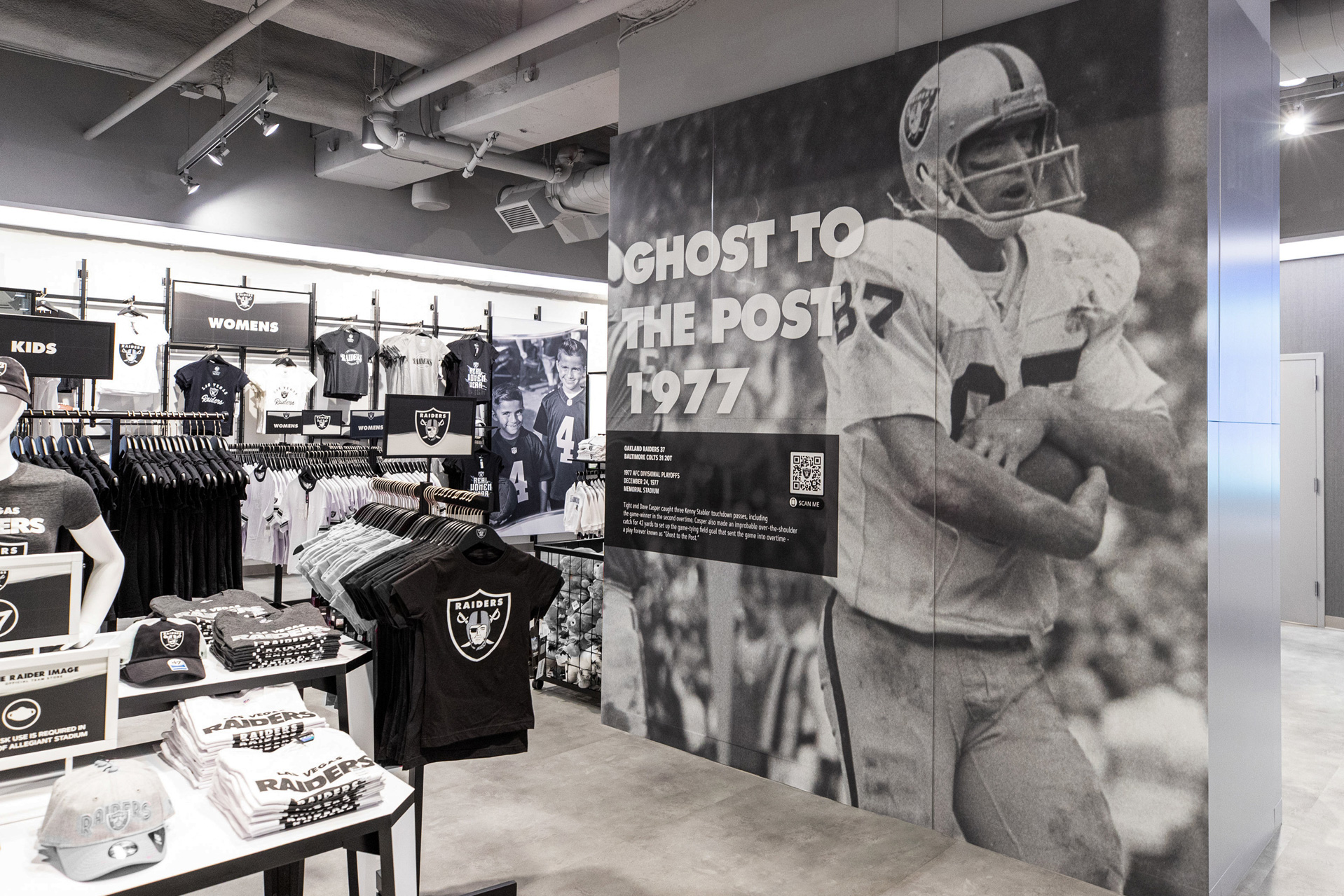 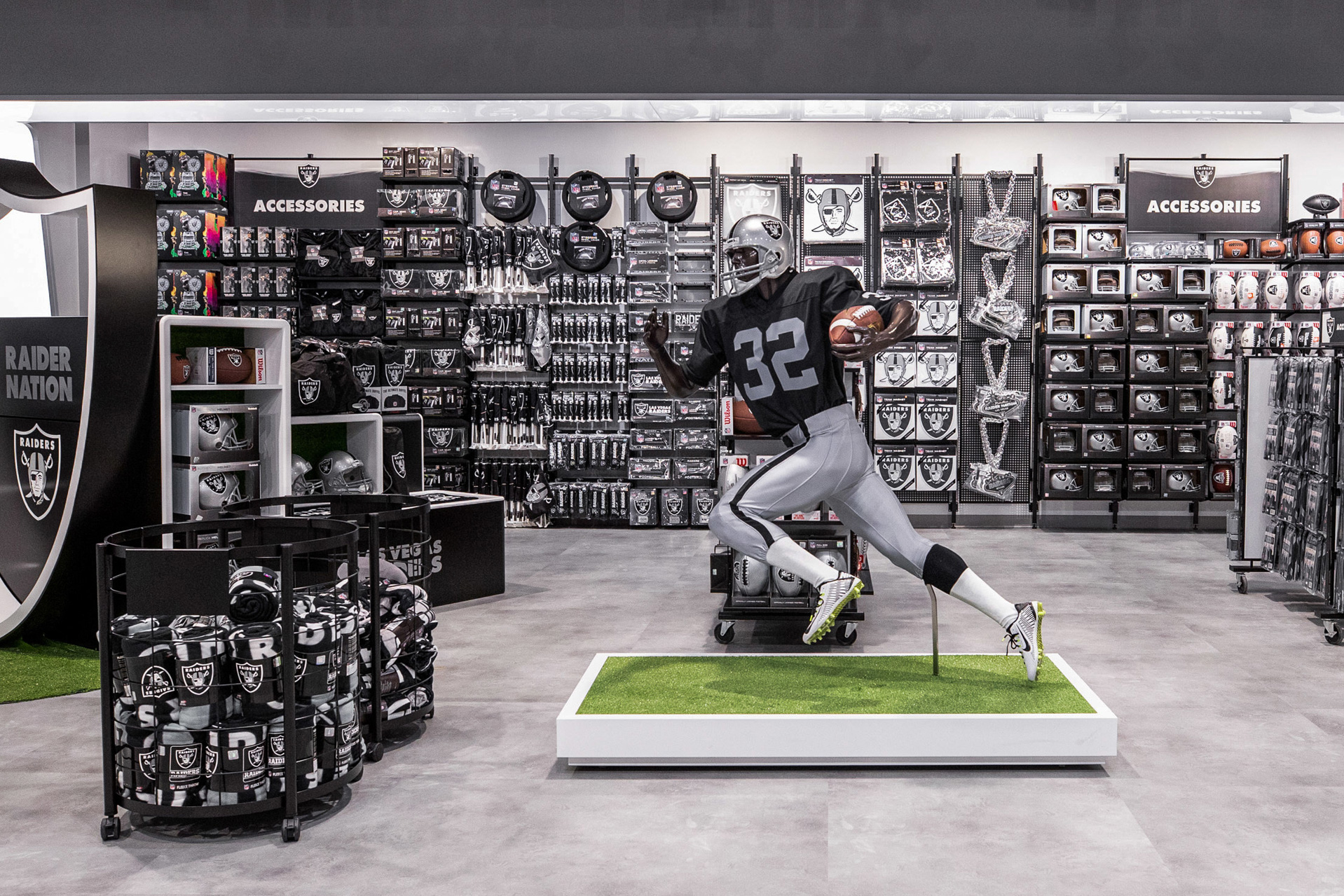 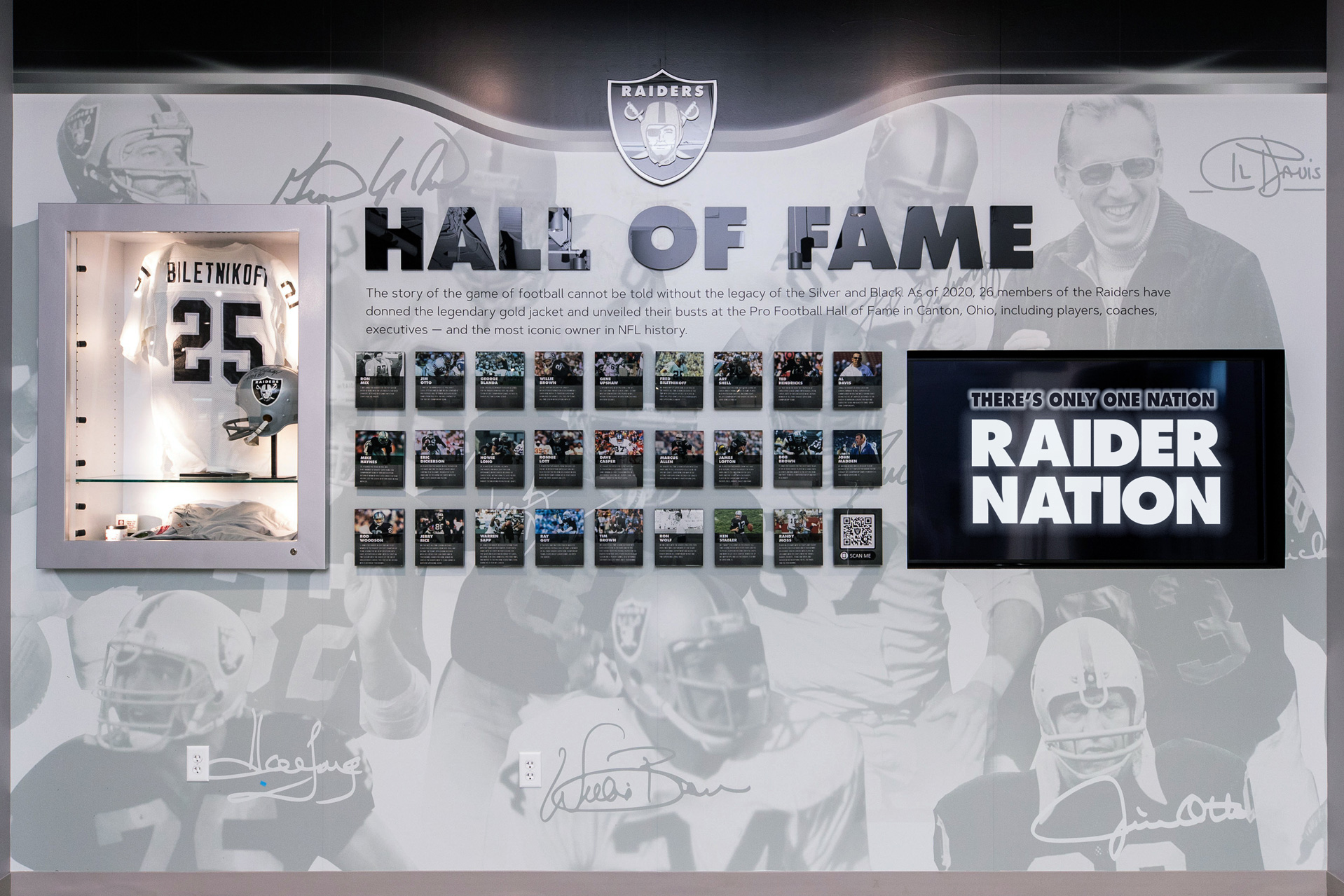 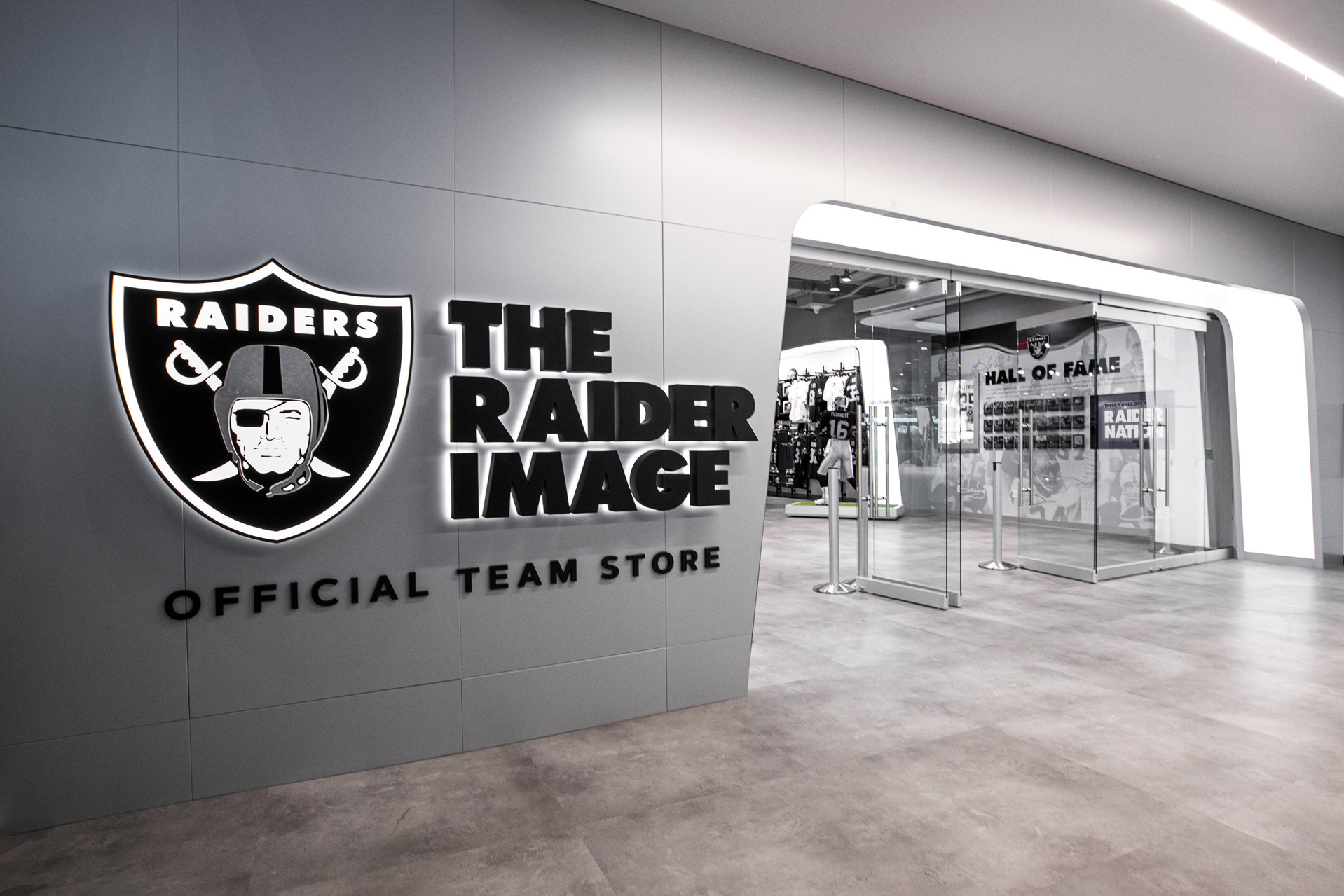 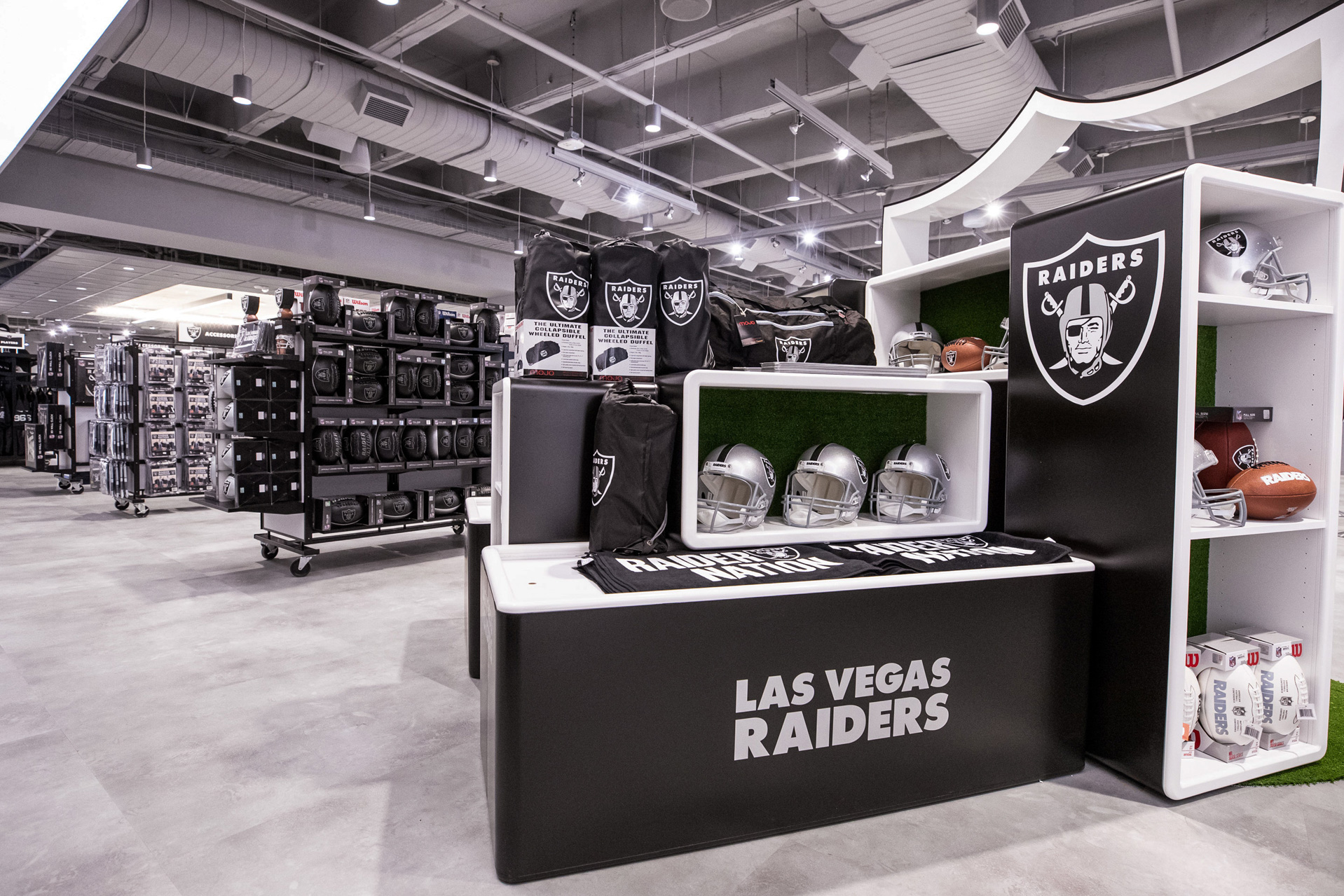 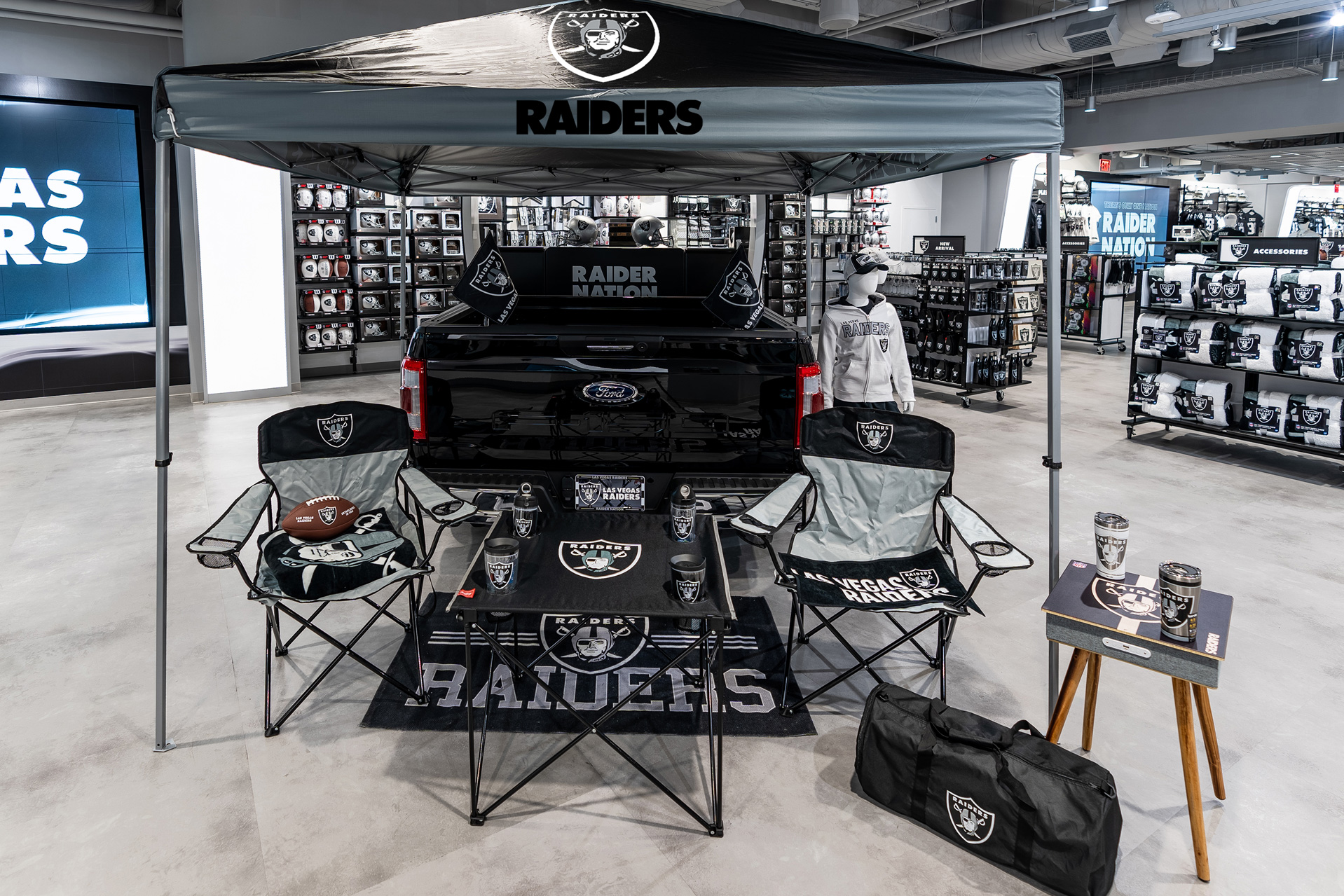 Designed in close collaboration with the Raiders organization and The Raider Image team, the new state-of-the-art Official Team Store flagship offers a truly unique and authentic experience for its fan base of loyal enthusiasts in support of The Raiders move to their new home in Las Vegas.

The Flagship design is informed and influenced by the architecture of the Allegiant Stadium providing an underlying sleek and modern aesthetic vocabulary for The Raider Image retail experience. It creates an immersive headquarters for the Raider Nation fans to engage with the brand and the team, integrating striking architectural details from the Stadium while incorporating the history and authenticity of the Raiders throughout the space.

Technology as a fan engagement tool plays an important role throughout the retail store experience offering visually captivating moments as well as fan touch points including interacting with other fans via social media throughout the stadium.

Large-format focal graphics with technology touch points contribute to the sense of drama including the Raiders Hall of Fame wall highlighting players and coaches who have been inducted in the Pro Football Hall of Fame. Historical murals with integrated QR Code technology highlight famous Raiders plays infusing the store with a sense of nostalgia and pride, as well as providing a glimpse into the past for new fans to connect to their new team.

The tailgating zone, sponsored by Ford, adds excitement and a sense of fun featuring a Ford F-150 Truck bed setup in a Raiders tailgating scene. Custom coolers are used as merchandising vehicles to entice discovery and round-up the visual display.

Customer-centric amenities including customer concierge stations, personalization kiosks with mobile engagement/ordering, and BOPIS (Buy online Pick-up In-Store) transactions all play an important role in the extension of The Raiders Image store offering to other stadium levels and beyond.